Just like they were when you were a kid, only BIGGER! Gentle Giant is proud to bring you the latest addition to our exciting line of vintage Kenner-inspired Star Wars Action Figure reproductions with the release of the classic Too OneBee (2-1B) Medical Droid!

Digitally scanned from mint 3 ¾” Kenner originals and reproduced at a Jumbo size, no detail has been overlooked. Made of durable plastics, this jumbo figure includes a faithfully reproduced accessory and comes fully articulated! With a commitment to keep in line with the vintage Kenner experience, Gentle Giant has packaged this figure with an Empire Strikes Back-inspired backer card featuring original photos and artwork. Designed with the collector in mind, the figure comes in a resealable plastic outer clam shell to help protect and display this limited edition figure.

At the climax of Return of the Jedi, Luke Skywalker leads a rebel strike force to an Imperial outpost on Endor. Their mission: disable the generators powering the energy shields protecting the Emperor’s new Death Star. Little does he know that this mission would lead him directly into a final confrontation with his father, Darth Vader, and the villainous Emperor himself.

Gentle Giant Ltd. proudly brings you the Luke Skywalker Endor Mini Bust. This dynamic bust depicts the legendary Luke Skywalker, clad in Rebel forest battle camo, ready for battle. Feel The Force flowing through him by displaying him with his signature green lightsaber ignited or switch in his deluxe alternate arms and display him with a blaster rifle, instead! Each limited edition hand-painted polystone mini bust comes individually numbered and is paired with a matching certificate of authenticity. May the Force be with you.

Before secretly marrying Anakin Skywalker and giving birth to future heroes of the Galactic Rebellion, Padme Amidala was Queen of Naboo. Now the master artisans at Gentle Giant Studios are proud to bring you Her Royal Highness in all of her majesty.

Digitally sculpted using actual scan data of the costumes, props from the Star Wars prequels (not to mention actress Natalie Portman herself), the Queen Amidala Mini Bust comes as close to screen accurate as possible in today’s age. From the gold accents on her royal gown to each ridge in her intricate headdress, no detail has been overlooked. Each limited edition hand-painted polystone mini bust comes individually numbered and is paired with a matching certificate of authenticity. May the Force be with you. 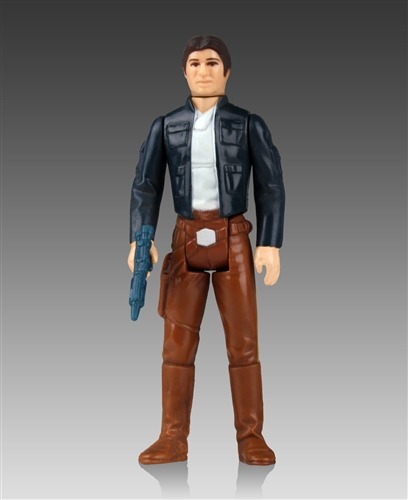 Just like they were when you were a kid, only BIGGER! Gentle Giant is proud to bring you the latest addition to our exciting line… 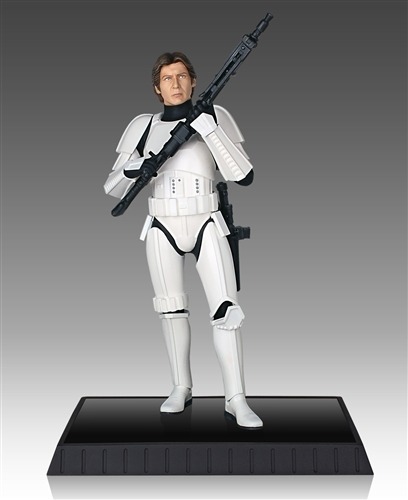 One of the most memorable moments of Star Wars: A New Hope featured Luke and Han, dressed as Stormtroopers, sneaking into Detention Block AA-23 with…